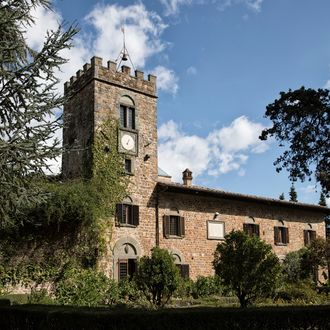 Castello di Querceto is situated in Tuscany close to Greve in Chianti. The François family came from France to settle in Tuscany in the 18th century. Since then, they have played a vital role in the development of the Tuscan wine industry. In 1924, Castello di Querceto was one of the 33 founding members of the Chianti Classico Consortium. Castello di Querceto is famous for its expressive red wines, a true reflection of the Sangiovese grape with only a small percentage of Canaiolo and no international varieties.